Help needed in maintaining dimming function of 12V Bluetooth LED dimmer when module is not bypassed. 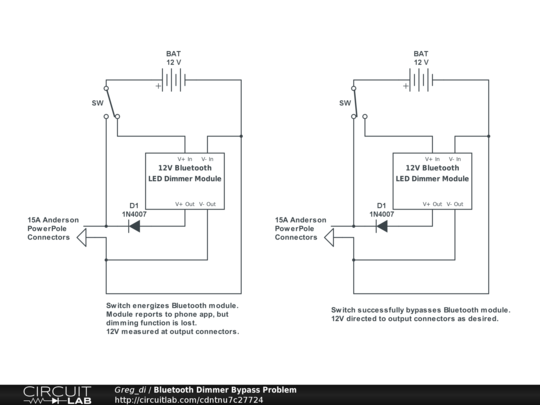 BACKGROUND: LED strip is usually connected to a portable 12V source containing a small Bluetooth LED dimming module and controlled by a phone app. Sometimes the dimming function needs to be handled by an external module powered by the portable source, so a way to selectively bypass the internal dimmer module is needed to avoid powering a dimmer with a dimmer.