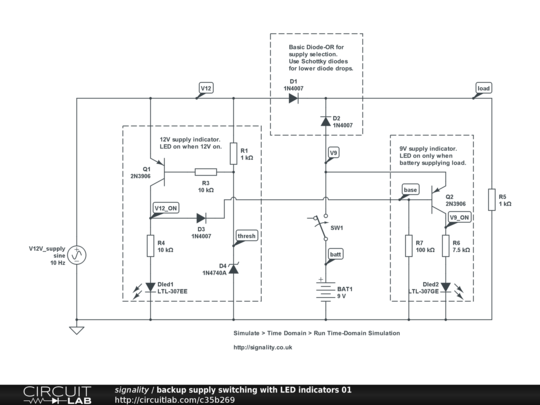 The sim starts with both the 12V supply at 0V (i.e. off) and the battery disconnected by opening SW1.

At T=10ms SW1 closes connecting the battery. D1 conducts and V(load) goes to about 8.3V.

Q2 turns on and feeds about 1mA to Dled2.

Dled1 LED is on only when 12V supplies the load.

Dled2 LED is on only when the 9V battery supplies the load.

Reducing the resistors increases the amount of power wasted just driving the LEDs.

If indicator LEDs are not needed then just use the basic Diode-ORing circuit of D1 and D2.