Increase or step-up your output DC voltage to be greater than your input voltage. 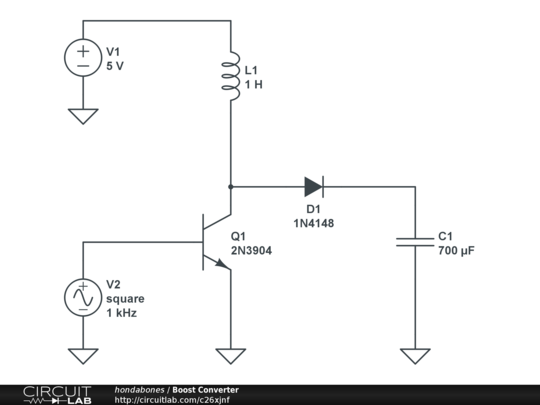 When the switch (Q1) is closed, current flows through the inductor and the inductor stores the energy. Polarity of the top side of the inductor is positive. When the switch (Q1) is opened, current will be reduced as the impedance is higher (Inductive kickback - the inductor will be forced to raise the voltage to overcome the higher impedance). Therefore, change or reduction in current will be opposed by the inductor. Thus the polarity will be reversed (means top side of inductor will be negative now). As a result two sources will be in series causing a higher voltage to charge the capacitor through the diode D1. If switched fast enough, the voltage will always be seen as higher and higher almost forever charging the capacitor.