In just under ten weeks after our public launch, we're happy to announce that last week we crossed the 10,000 registered users milestone! We decided to reach out to a few of our newest users and see who they were. Here's what a few of them told us about themselves:

Jason Goodman, from Wheaton College in Norton, MA is a physics professor drawing simple circuits for exams and problem sets.

Alexander S. is an engineer born and living in Munich. Alexander says: "I am proud to be one of the users 10000+ who recently signed up to this site. I have worked in Russia for quite some time, now I work as an test field engeneer. I still have my own company and I am developing small circuits and interfaces for various applications like telephone, signalisation and survillance. A friend told me about this site and I am impressed about the possibilities without needing to install something. I had some experiences with spice before but I think this site is good for beginners and students to get in touch with electronics. When I was young I started to get in touch with electronics by soldering parts together. With CircuitLab I want to do some things with my son on this site for him to get into touch with electronics."

Grey K. is an electrical engineering student in New York interested in power, RF and robotics. Grey says: "I'm two weeks short of finishing my junior year studying electrical engineering at NYIT. I have these lab classes wherein I need to simulate some simple analog electronics and then compare those simulation results with experimental measurements. [...] What I love about [CircuitLab] is that it's easy to use, especially as compared to PSpice when all I basically need is a frequency response graph. At the same time though, it isn't lacking in features; Last week I found out you can actually change all the specific attributes of a BJT."

We're excited to be attracting a diverse worldwide userbase across the entire online electronics community of students, educators, hobbyists, and professionals. Over the coming months, help us unite those users into a community -- one with literally tens of thousands of years of combined electronics experience.

As another facet of our Arbitrary Behavioral Sources release, we've now added support for voltage and current sources to generate piecewise linear or piecewise step signals inside the simulator. This allows you to inject the specific signals you need to test your circuit.

The PWL, PWS, PWLREPEAT, and PWSREPEAT expressions (described in the documentation) take lists of time/value pairs, so you can describe any function you want, and let the simulator interpolate between control points if desired.

Take a look at this Capacitively Loaded Emitter Follower demo which uses a PWL voltage source: 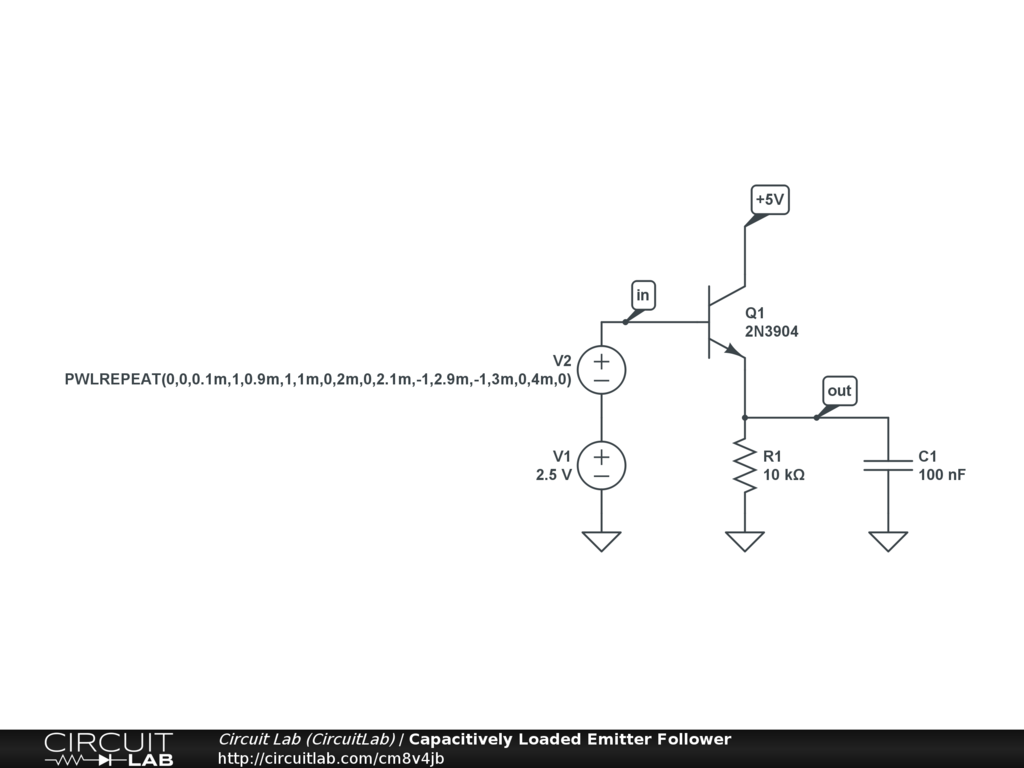 The PWLREPEAT function used to define V2 sets up a pulse that has both postive-going and negative-going parts, with defined edge slopes between the two and the off-state. Open the circuit and run the time-domain simulation to see the piecewise-linear source in action, summed with the +2.5V static bias to produce the voltage waveform V(in). Then, take a look at the V(out) trace, and you'll see that an emitter follower isn't always great at following signals with large, quick changes!

Piecewise sources, plus our new behavioral sources, expose the power of the CircuitLab simulation engine and make it easier to apply CircuitLab to your specific engineering design problems. 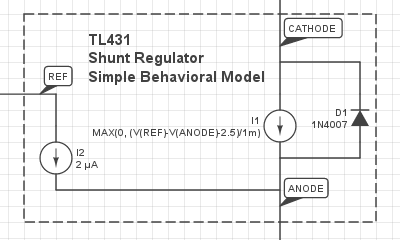 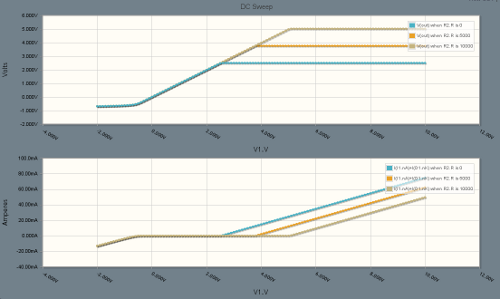